Those bites of tender-crisp, flaky pastry and the sweet, buttery filling makes these Butter Tarts so addictive and delightful. 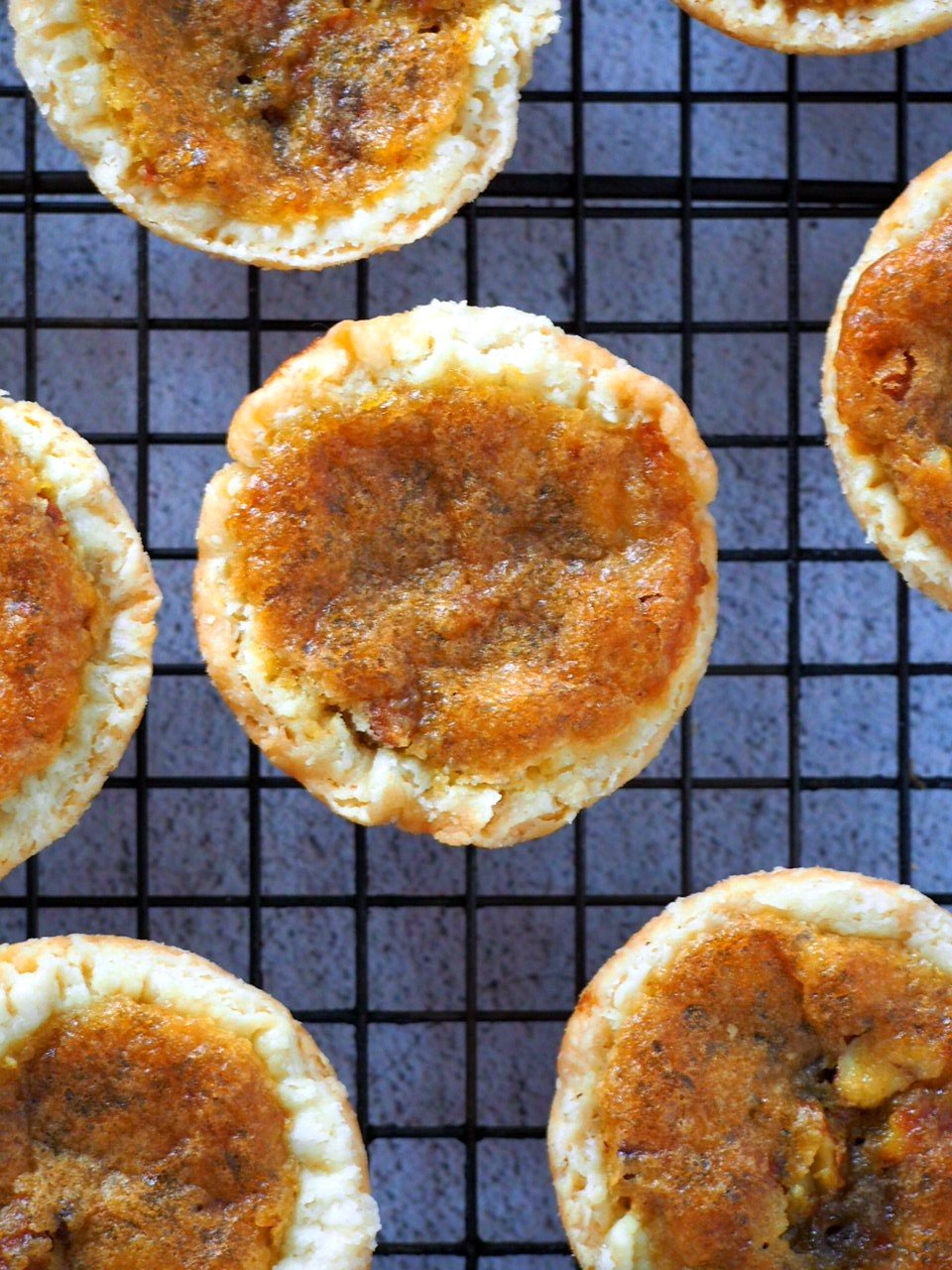 These butter tarts. I have eaten them every year once the holiday season rolls around. Their appearance come Christmas time is almost like a tradition, as my aunt would bake them every year making them a part of our lives during that special time.

So they are indeed, special. I remember eating these away as I battled a bad case of morning sickness. I took them everywhere with me because only these butter tarts could ward off my stubborn nausea at some point. How is that for a morning sickness cure? 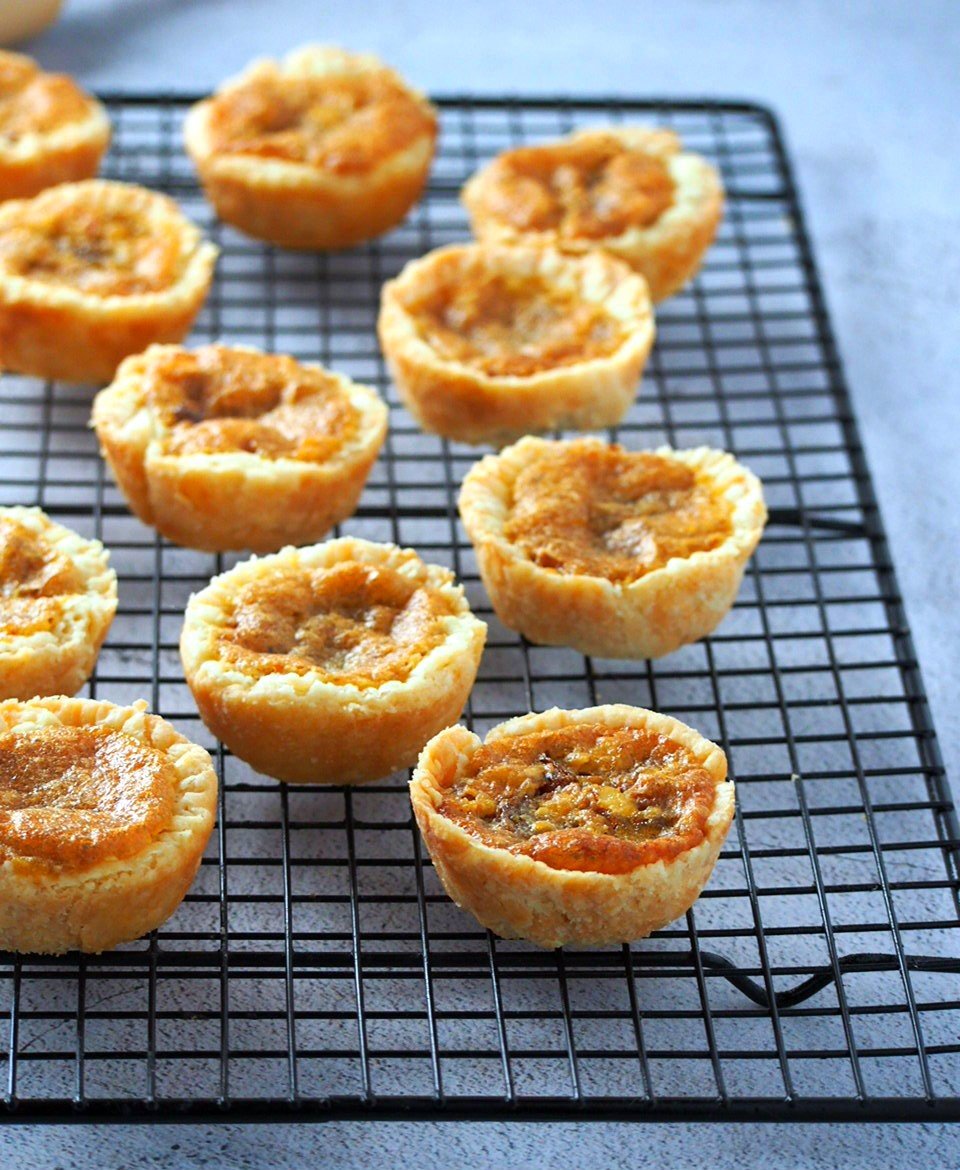 So today, I make them myself. Handed down through generations of family baking, this recipe made it’s way to me via my aunt. From the gentle lady with the smoothest skin and kindest smile I have ever seen, Grandma Mary, then to my aunt Joanne, now to me. I am so delighted to bake these butter tarts this year.

So this starts off with making the pastry for the crust. I recommend using a bowl that is wide rimmed and not too deep. This will make cutting the lard into the flour easier as well as distributing the liquid more evenly.

Tip: When making flaky pastries like this, my philosophy is to not get stressed by the loose, dry crumbs. If some crumbs don’t really want to join the rest of the dough, as long as they are not too much, I leave them behind and move on. 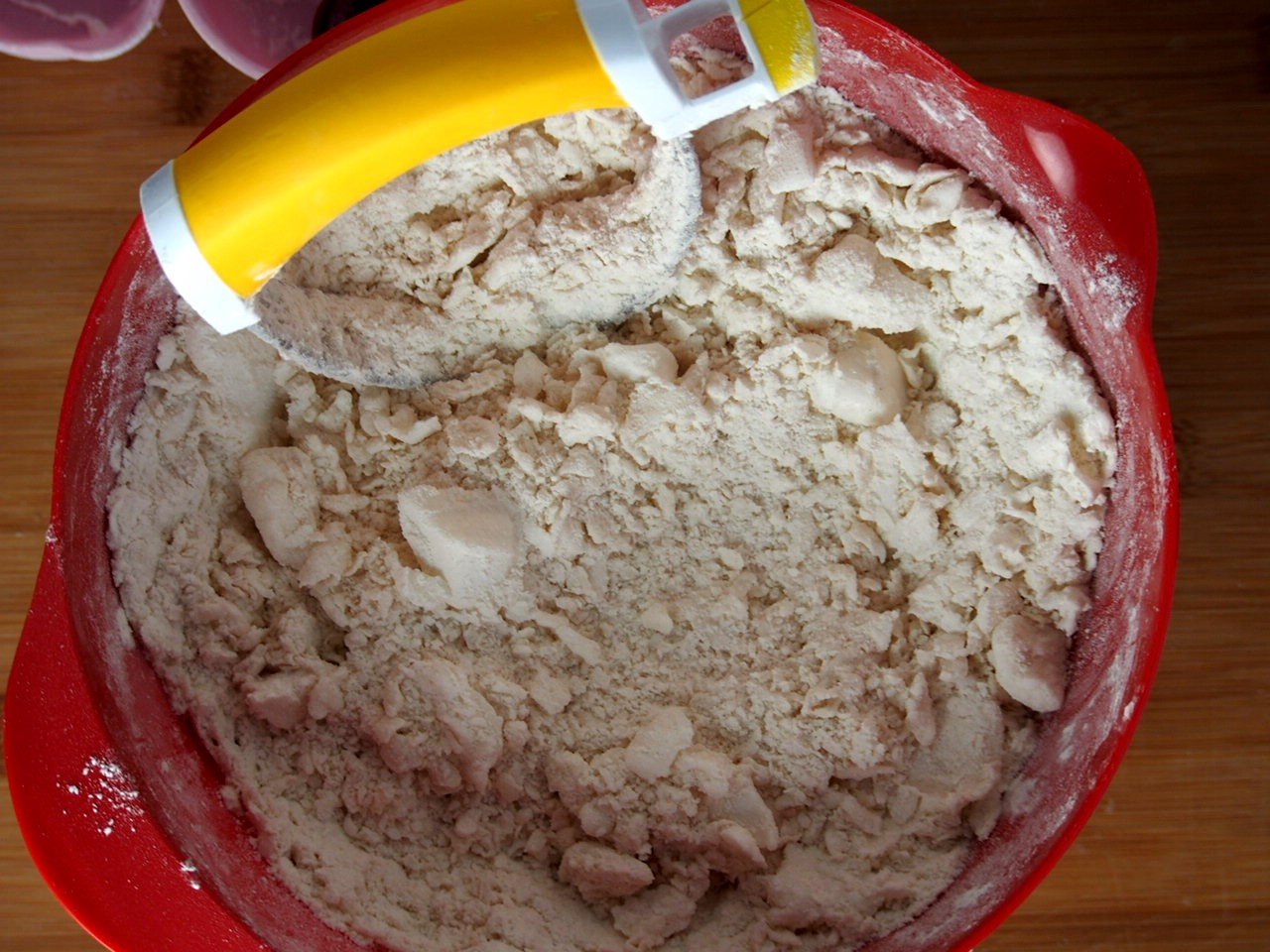 After chilling, it will be rolling time. This can be time-consuming and tedious if you are pressed for time. Of course, as an option, you can always buy the ready-made tart shells. My toddler is dipping her hands in the flour container as I start this. 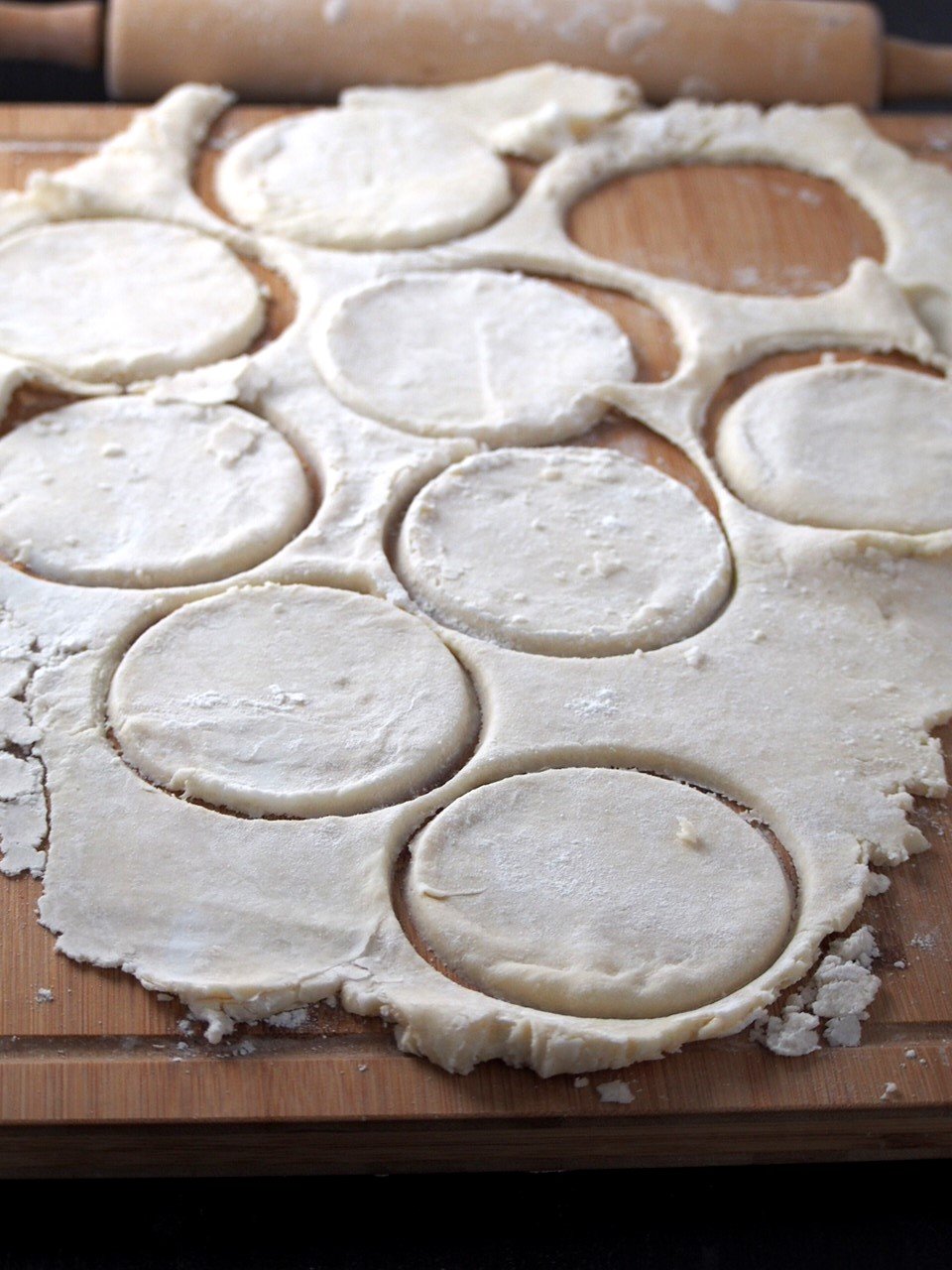 Line two greased muffin pans with the circles. Ease them into the sides and bottom. If you want some decorations, use the tines of a fork to press little lines along the edges of the shell. My daughter starts to sprinkle the flour across the table. 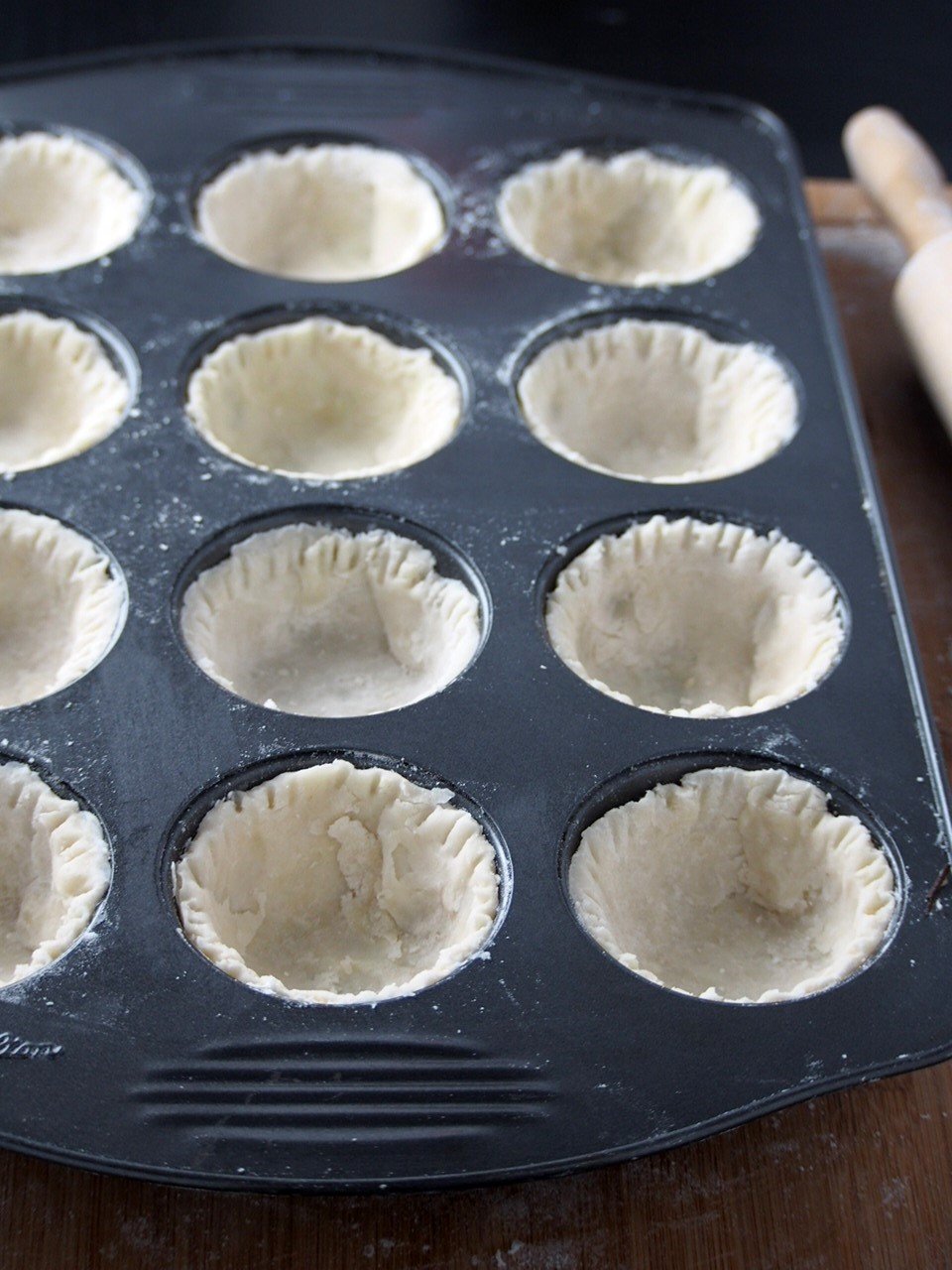 Now briefly refrigerate the muffin pans as you make the filling. The nuts and raisins add beautiful texture to the butter filling. You can use your favorite nuts. I used almonds. My daughter is showering in flour at this time, yay! 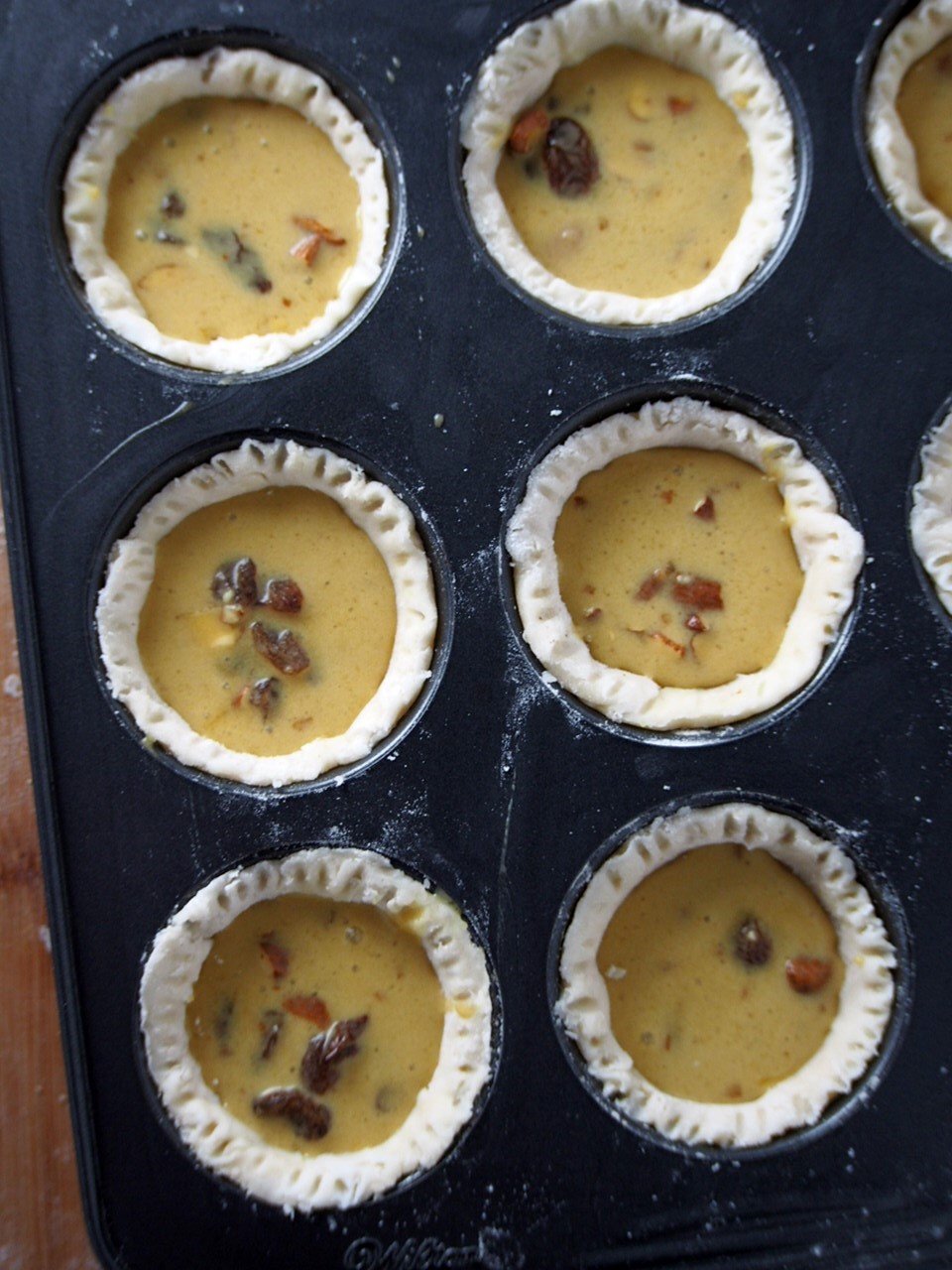 Then, behold flaky-tender crisp pastries, sweet buttery filling. I cannot stop at one. These are delicious, heavenly treats that I wait for every Christmas season.

Now excuse me as I need to decide, Which one do I do first, eat or clean up? 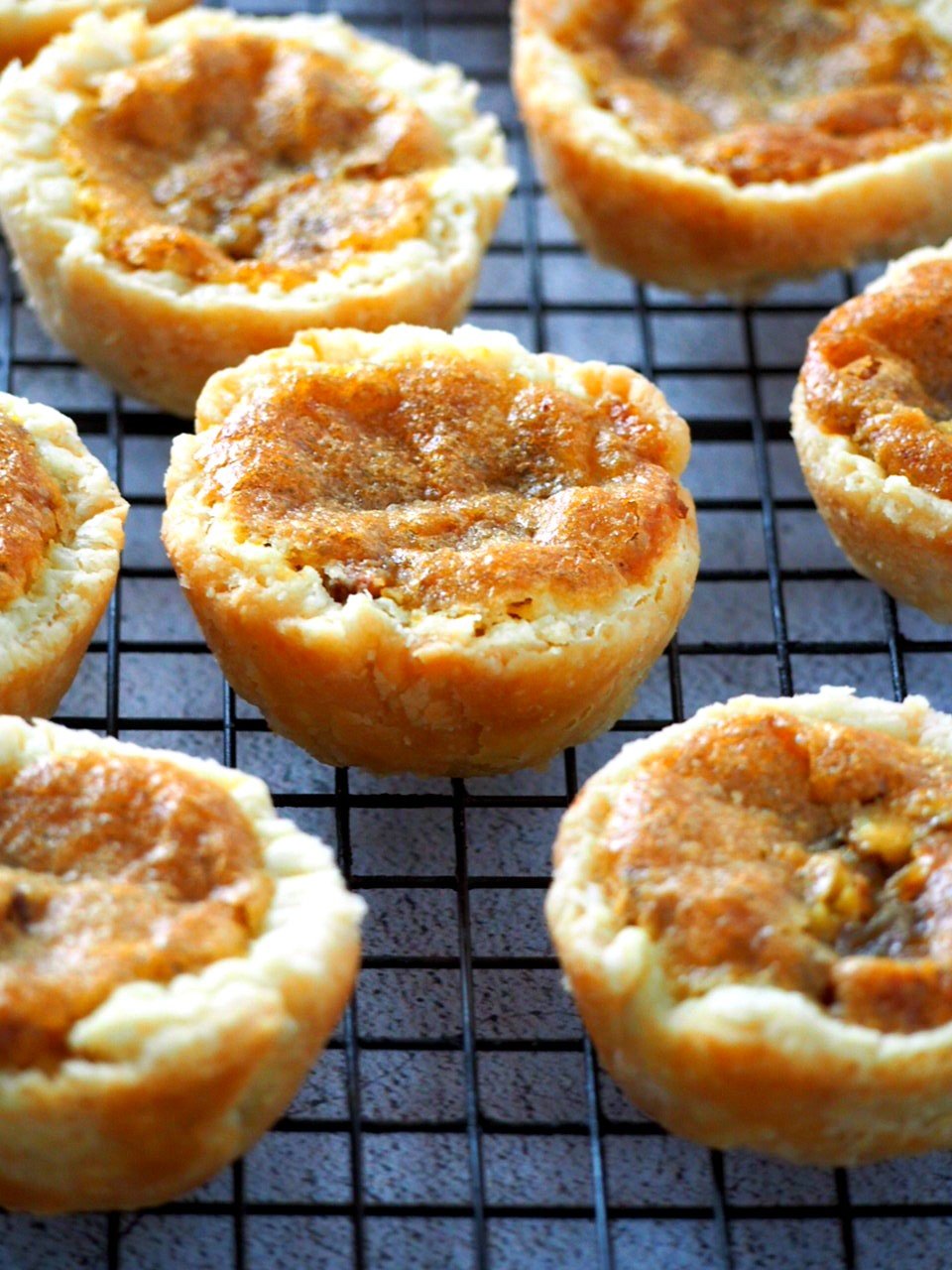 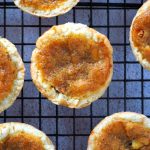 For the Tart Crusts

If you make this recipe, I would like to see! Please use hashtag #womanscribbles on Instagram or tag me (@sanna.womanscribbles). Thank you very much! 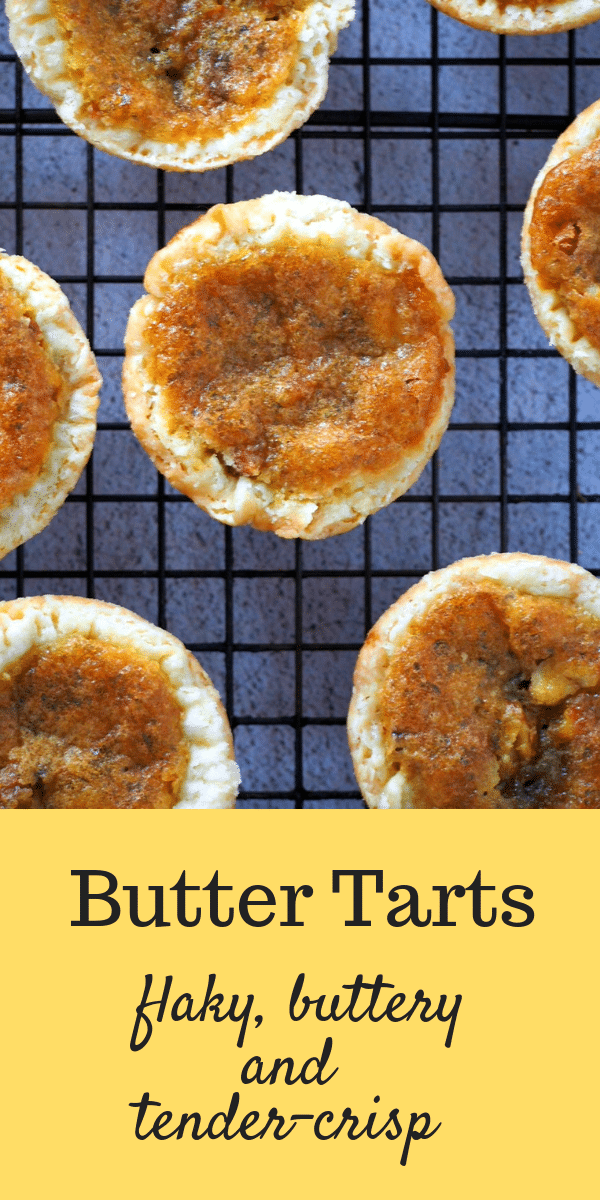