Oh, pandesal in the sweet hours of the morning! Nothing beats a warm tray of these freshly baked Filipino-style dinner rolls with the morning cup of tea or coffee. Those golden, crusty but soft bread dusted in toasted crumbs are pretty hard to resist.

Pandesal is one of the most raved about recipes here on the blog. I don’t get to bake them very often the past years but a recent makeover of this blog post reminded me of just how amazing they are.

Pandesal is probably the Philippines’ favorite bread. There is something about these golden dinner rolls that are dusted with crumbs that make them so out of the ordinary. A bread that is delicious on its own, or dipped in coffee.

For a filling version, we slice the bun in half and fill it with sliced hotdogs, fried egg, and even sauteed corned beef. Oh, the little things that bring us so much joy! 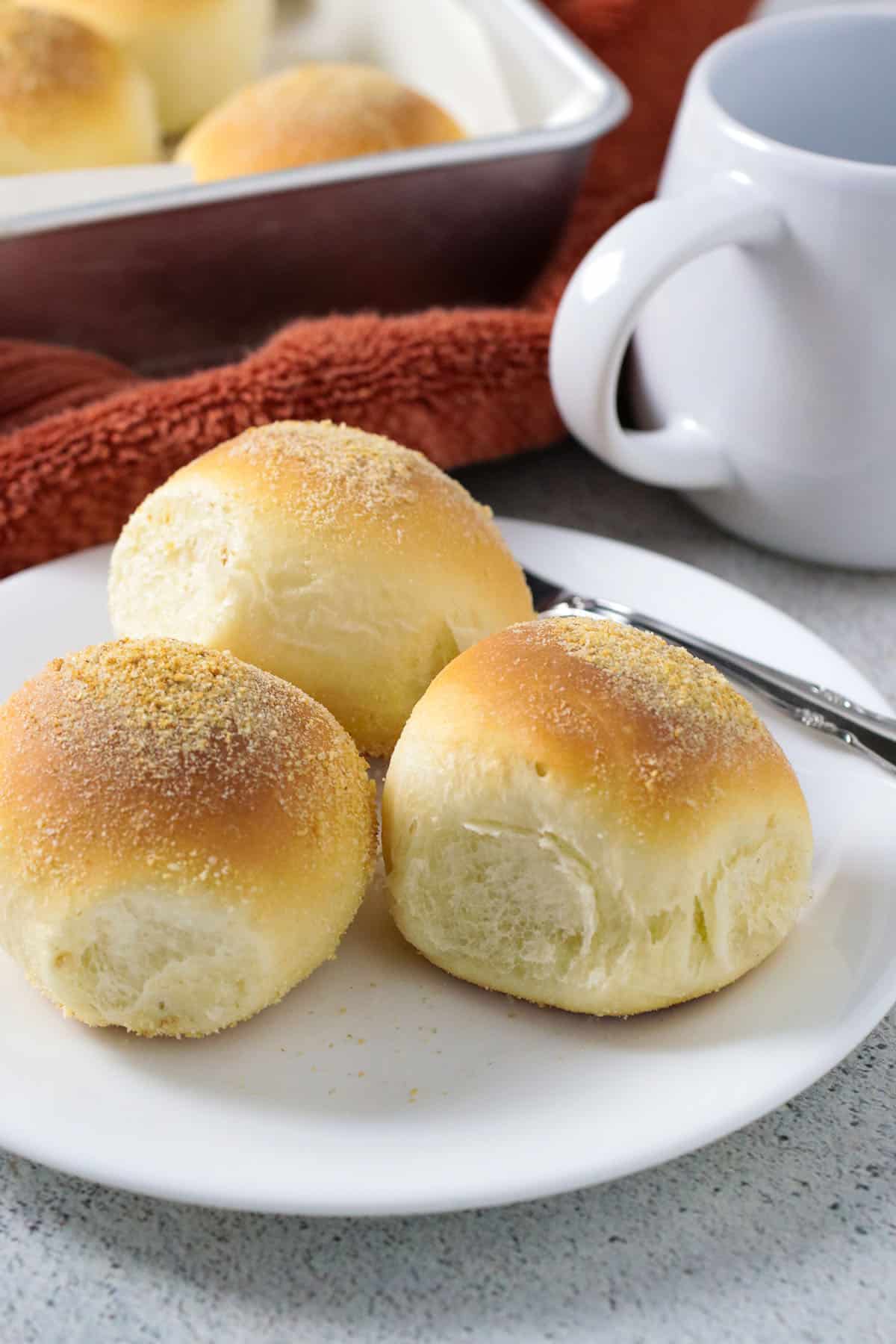 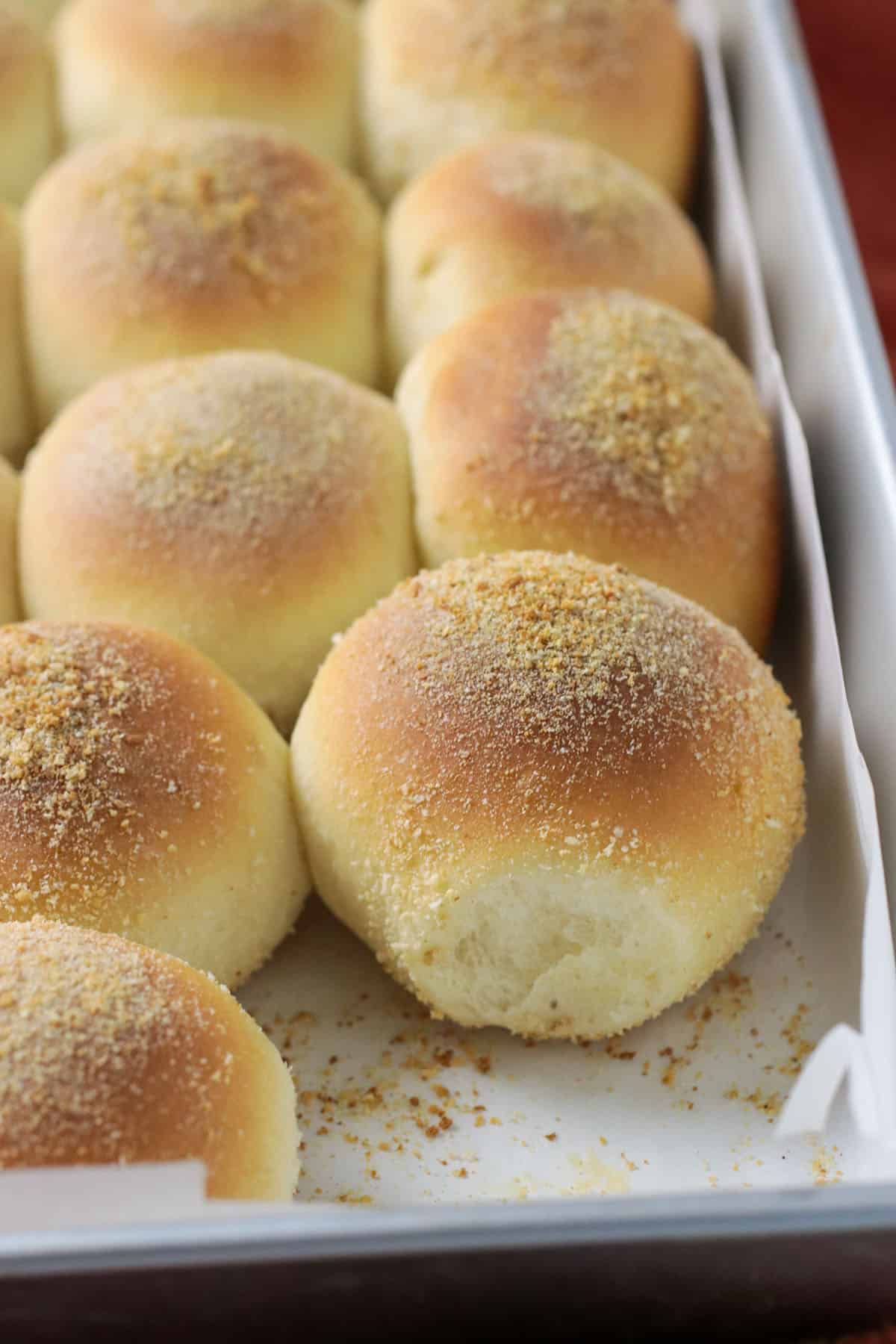 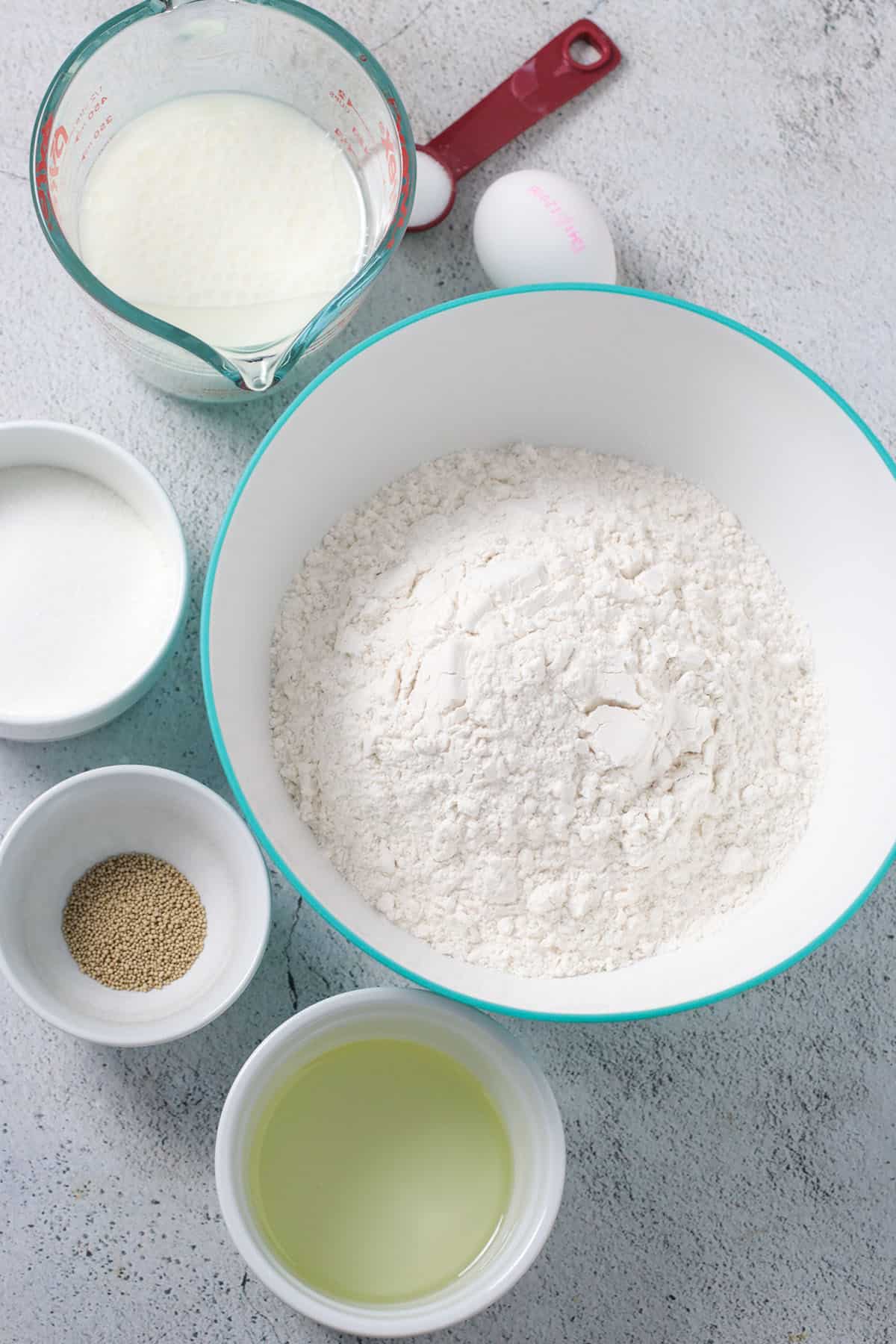 Now attach the dough hook to the mixer, and on medium speed, mix the dough for 10 minutes. During this period the dough will start to take form, gathering slowly in the center.

After ten minutes of mixing, slowly add more flour with the mixer still running, about 1-2 tbsp at a time. As you add, the dough will gather more and more and it will start to clean the sides of the bowl.

Continue the mixing and adding, until the dough gathers in the center of the bowl and cleans the sides and bottom of the bowl entirely.

You will also hear the slapping sounds that the dough makes against the bowl. This should take around 10 minutes more, for a total of 20 minutes or so in the mixer. 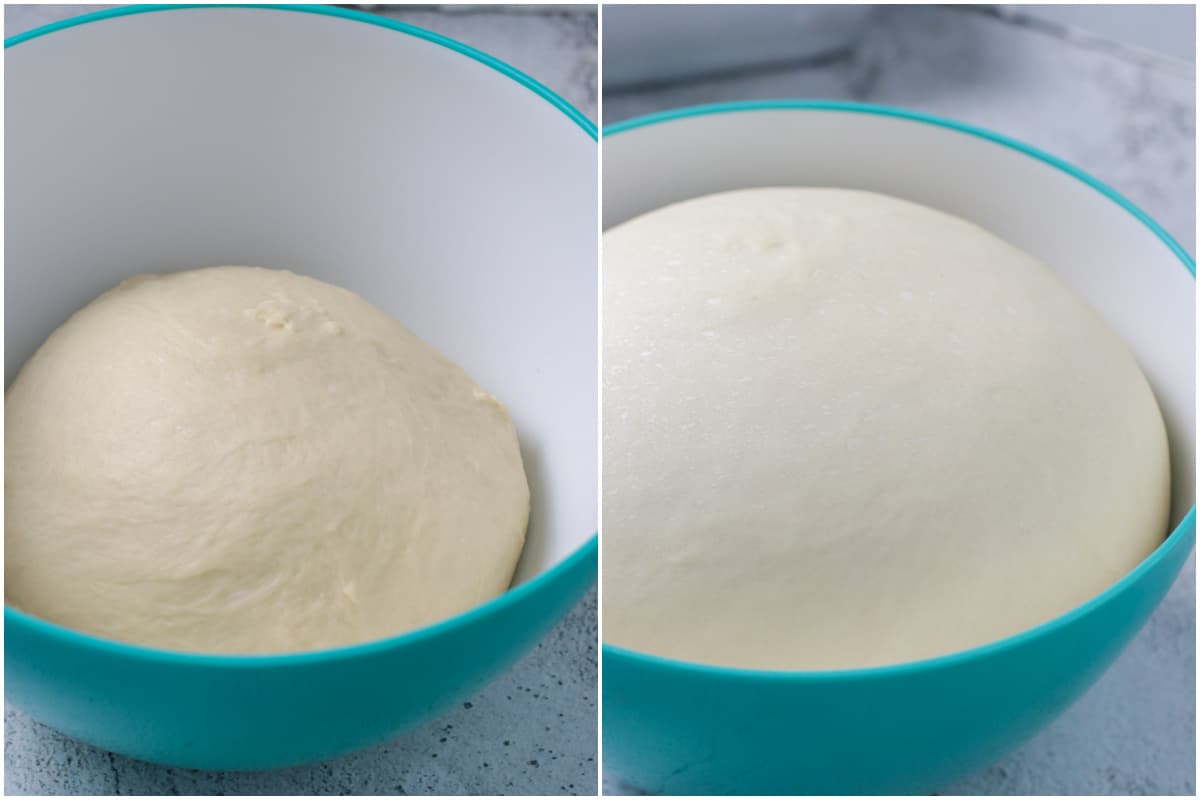 You may also need to increase the mixer speed for the dough to release at the bottom of the bowl. You may need less of the 1/2 cup reserved flour, but not more.

After rising, gently deflate the dough. Shape it into a log and divide it into 25-28 pieces.

Roll each piece into a plate of bread crumbs, then arrange the balls in a parchment-lined, light-colored baking pan. 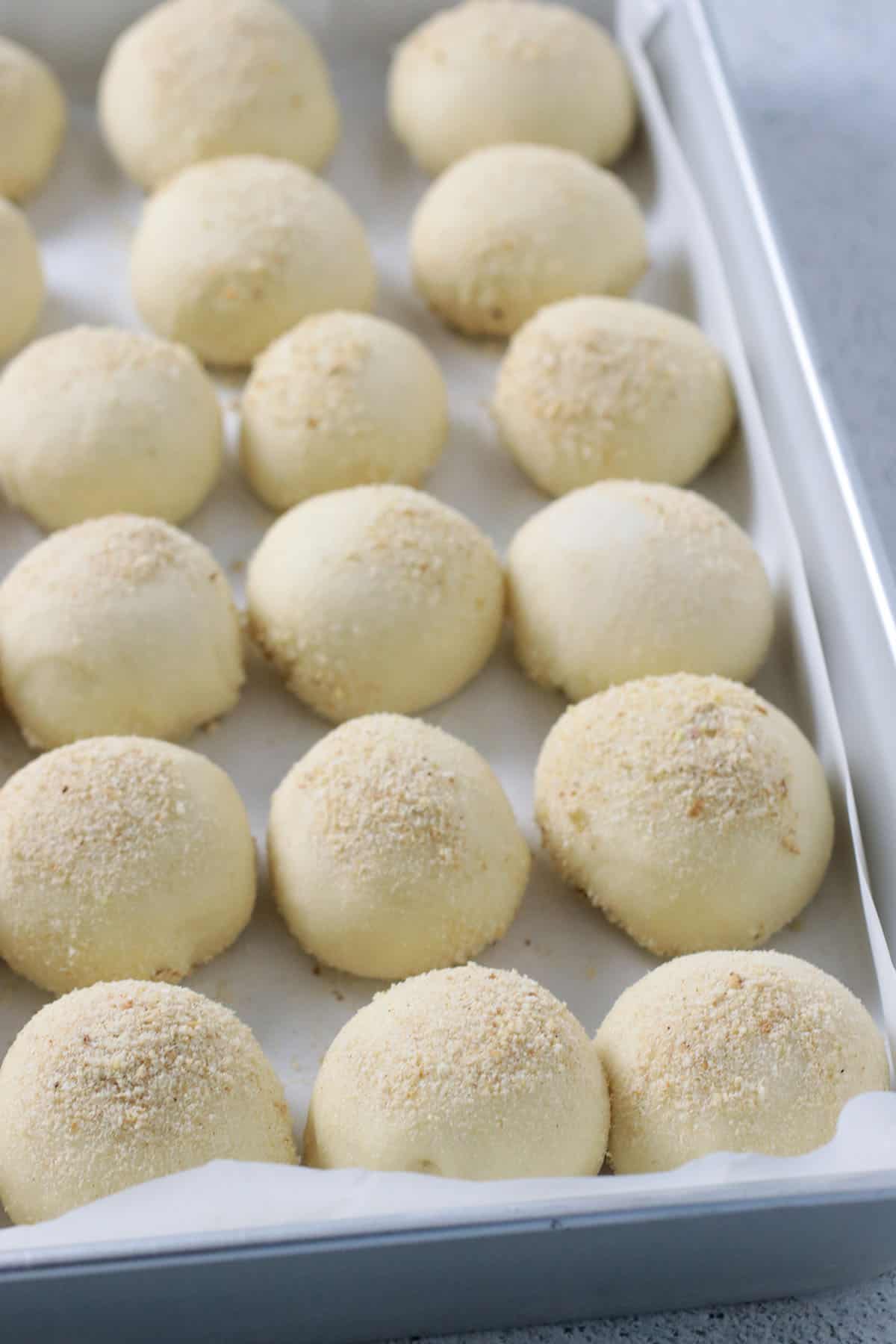 Allow these to rise once more, for 30-40 minutes, covered loosely with a clean kitchen towel. Bake the pandesal for 23-25 minutes, or until golden on top.

Let them cool slightly before serving. 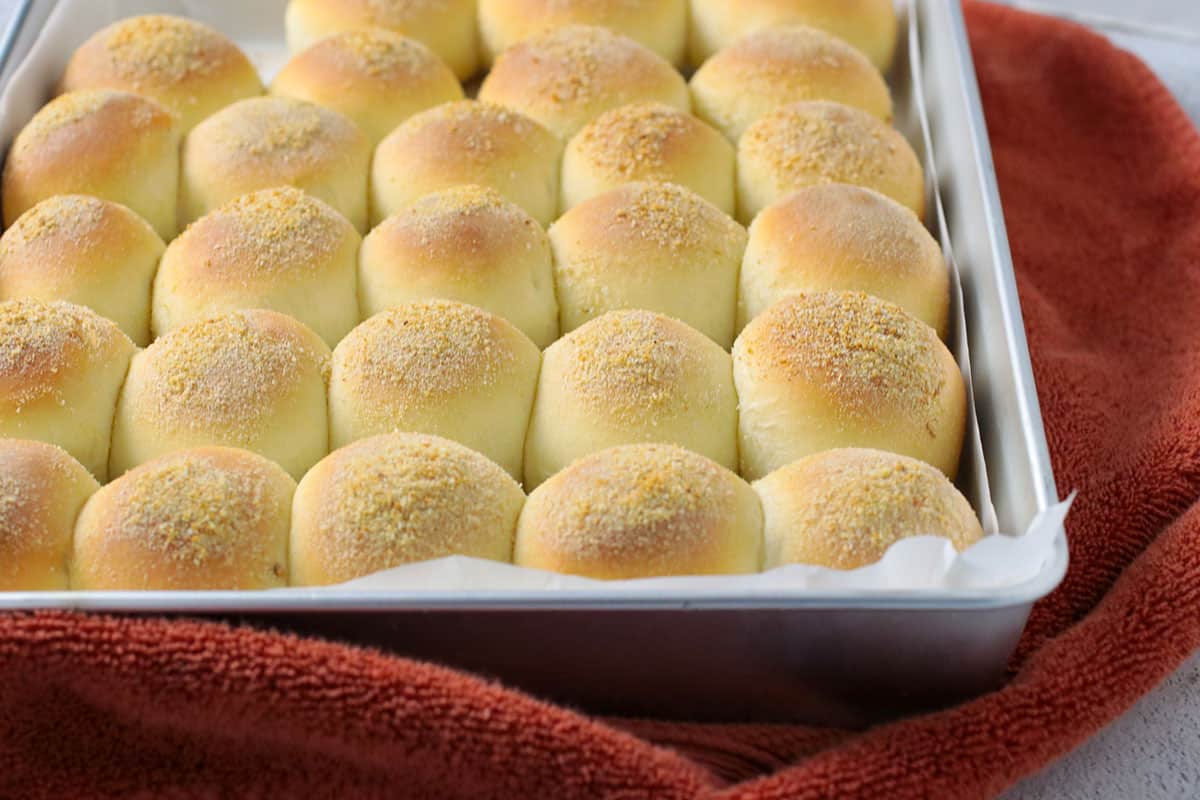 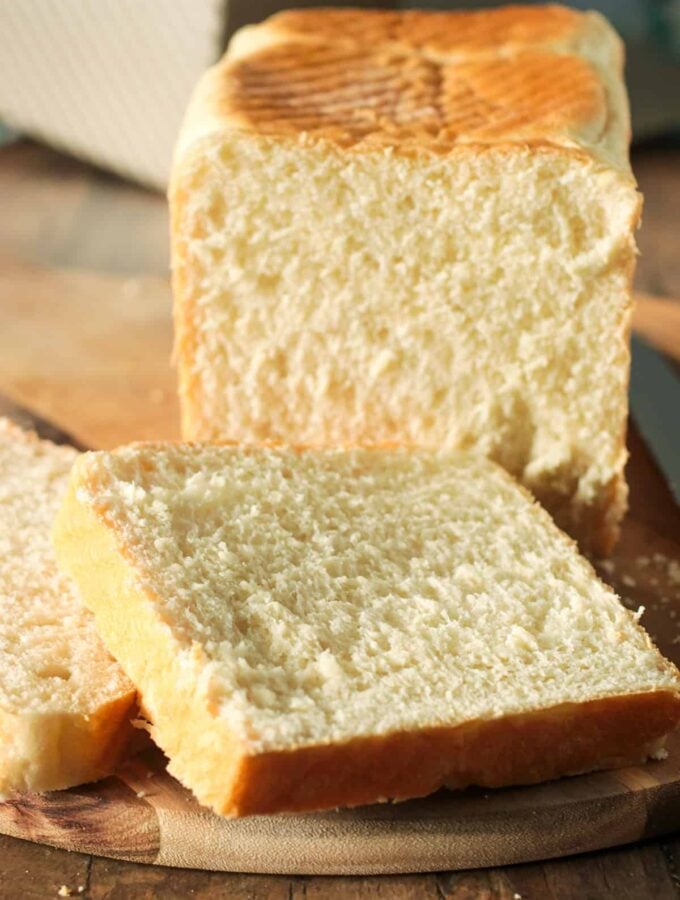 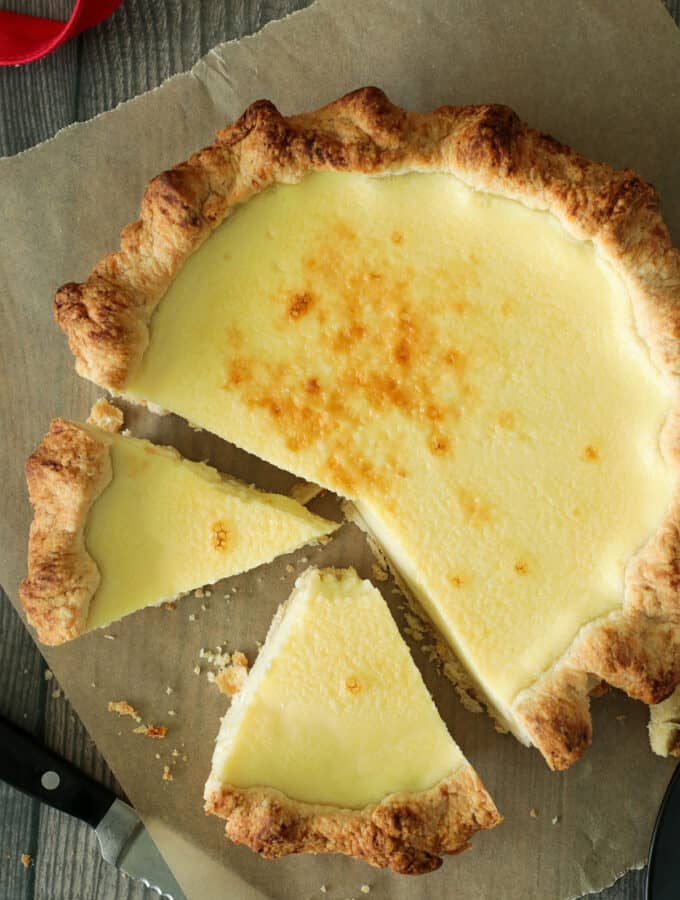 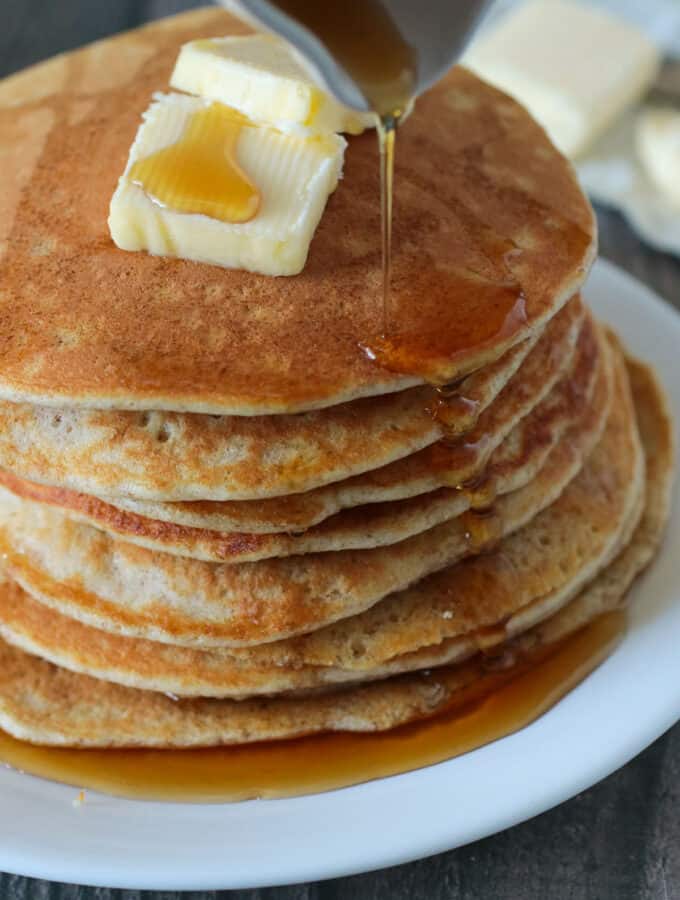 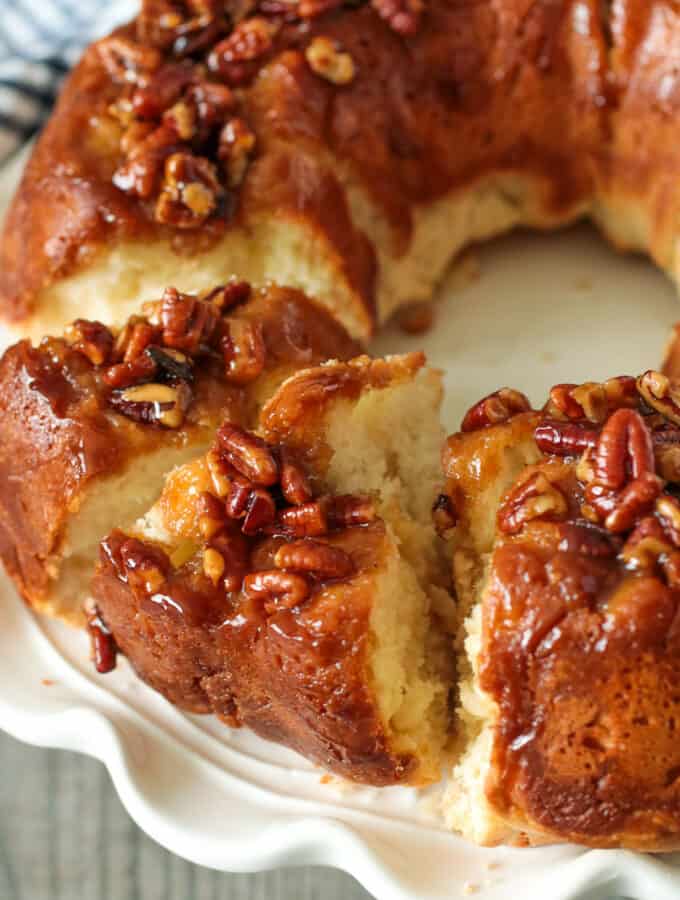