Puto Pao are great as appetizers, party foods or as special little bites to have at home. They are filled with tasty pork filling and salted egg, making them so flavorful. 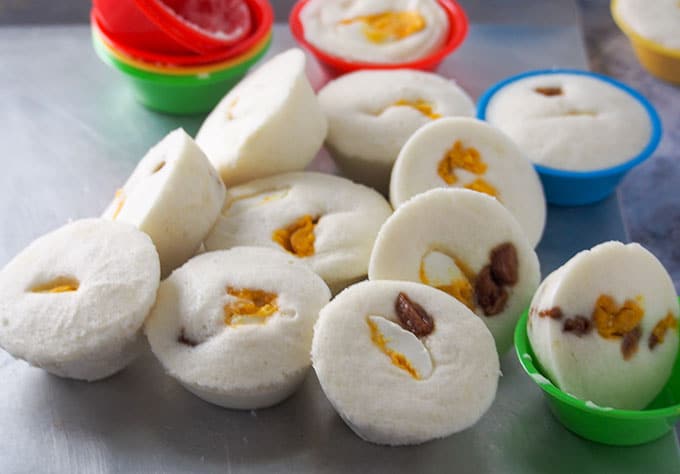 Puto pao is a great mash-up of two delicious Filipino delicacies, the puto and siopao. It is called as such because it is made of puto dough and like a siopao, it is filled with savory meat.

Puto pao are bite-sized pieces, making them ideal as finger foods for parties. Arrange them neatly in a tray and they will be gone in a snap as your guests reach for one piece after another. 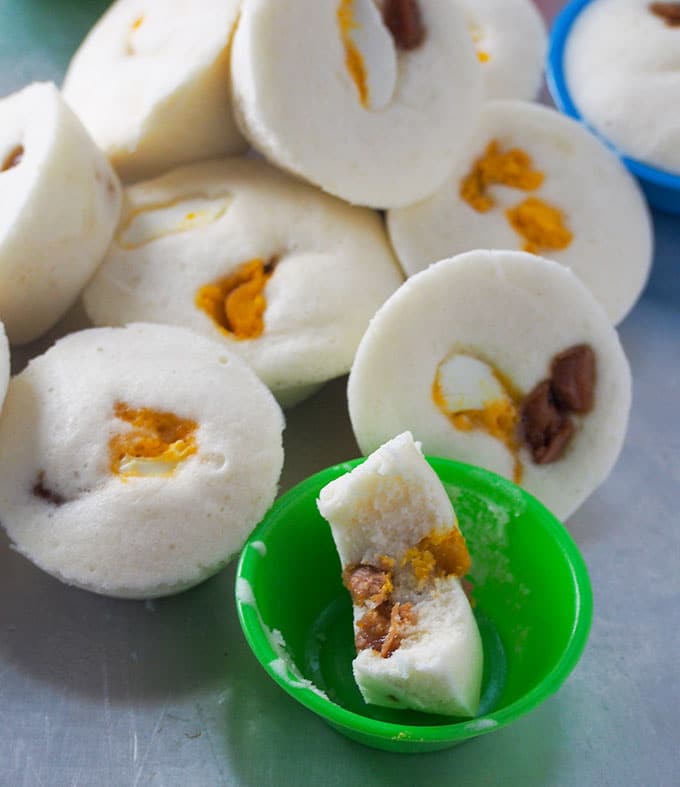 How to Make Puto Pao?

Over medium heat, heat oil in a pan. Add and saute the garlic. Add pork and cook until lightly browned.

Add water, soy sauce and brown sugar. Bring mixture to a boil, then simmer for 30-40 minutes or until the pork is tender.

Add the cornstarch slurry and stir until the sauce has thickened and reduced. Turn off the heat and shred the fork apart using two forks. 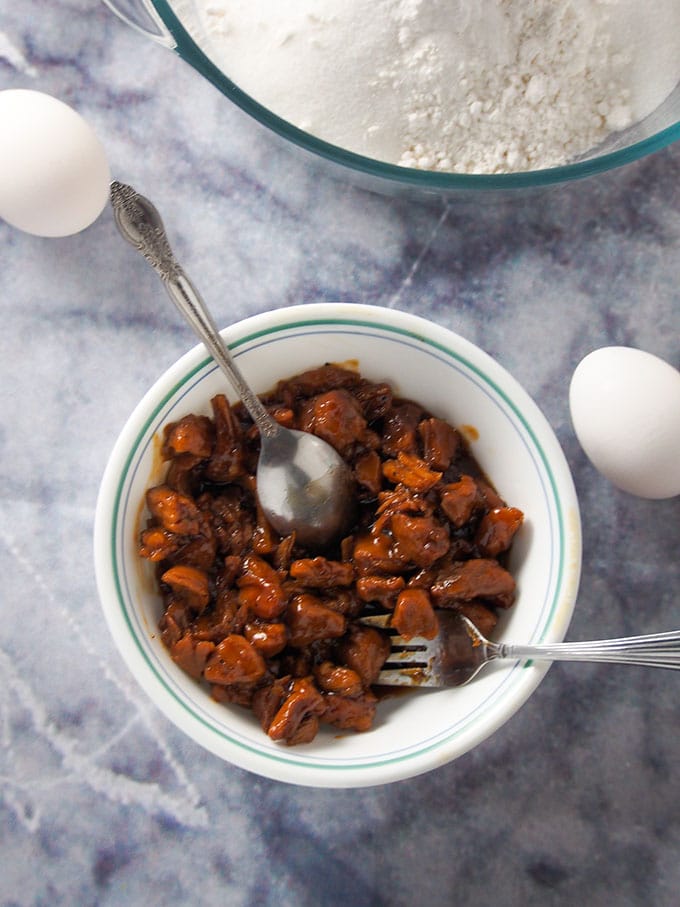 In a bowl, sift together cake flour, baking powder and sugar. Add the milk and water and stir the mixture until smooth and lump-free.

In the bowl of a stand mixer, beat the egg whites until frothy. Add the cream of tartar and beat until soft peaks form. Gradually add 1/4 cup sugar while beating continuously, until stiff peaks form. Fold the beaten egg whites into the batter until the mixture is streak-free. 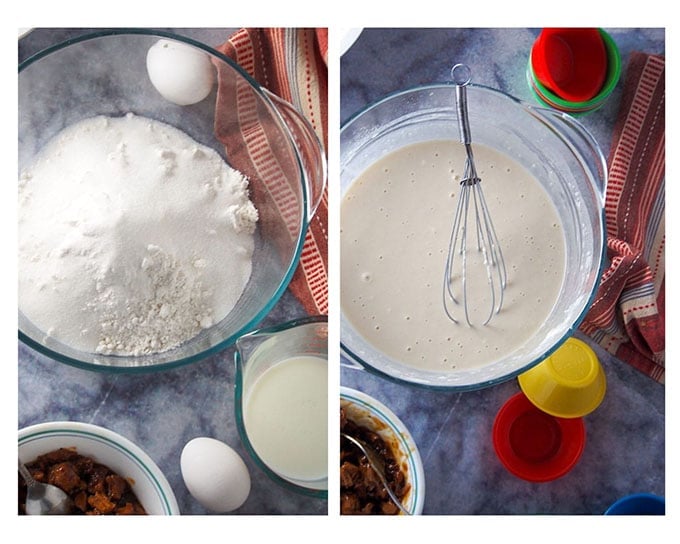 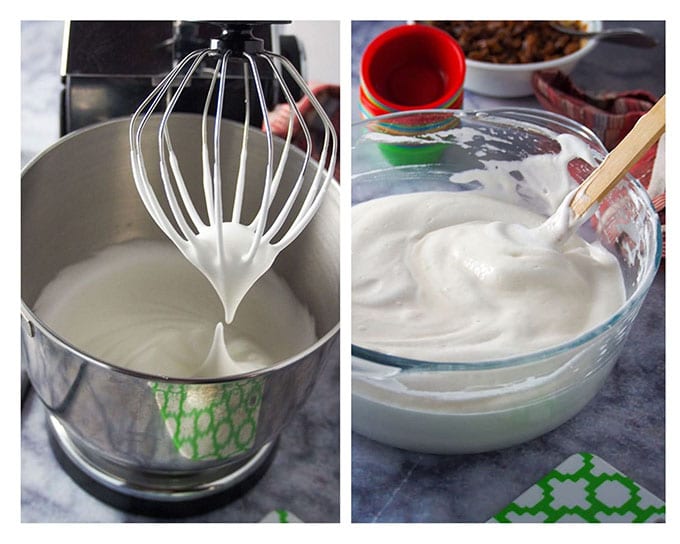 Lightly grease your puto molds. Spoon the batter until the molds are 1/2 full. Spoon about 1 tbsp of the pork on top, then cover the filling with more puto batter. Place a slice of salted egg on top.

In a steamer pan, bring water and a splash or two of vinegar to a simmer. Steam the puto by placing them in the steamer basket over the pan. Steam for 15 minutes, or until the puto are set. 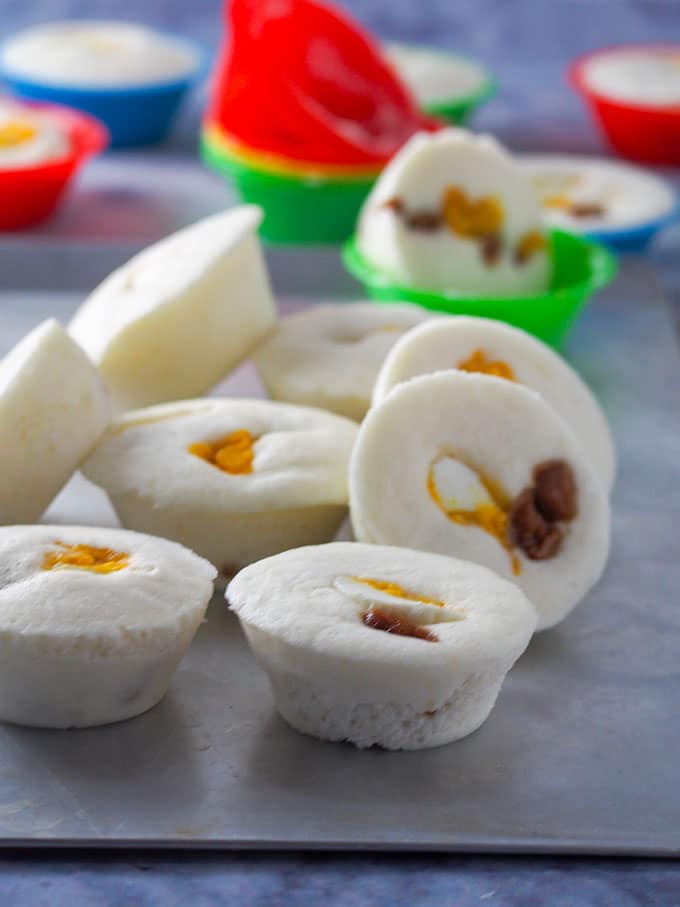 The vinegar in the steamer water will help to keep your puto whiter.

Store leftovers in a tightly covered container at room temperature for up to 2 days. Refrigerate for longer storage. 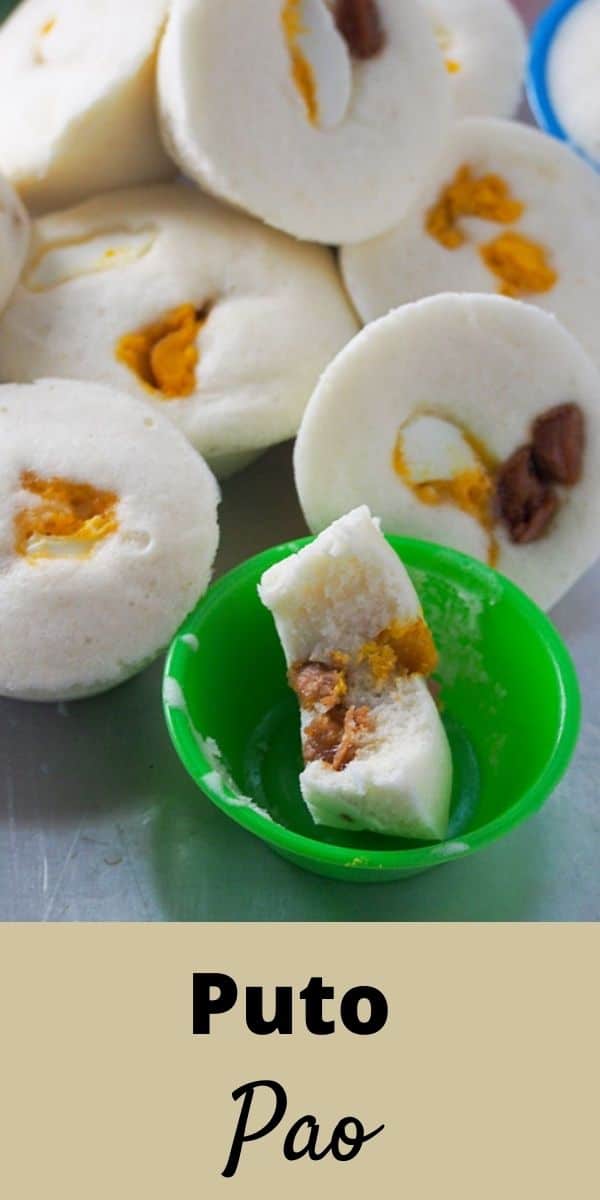 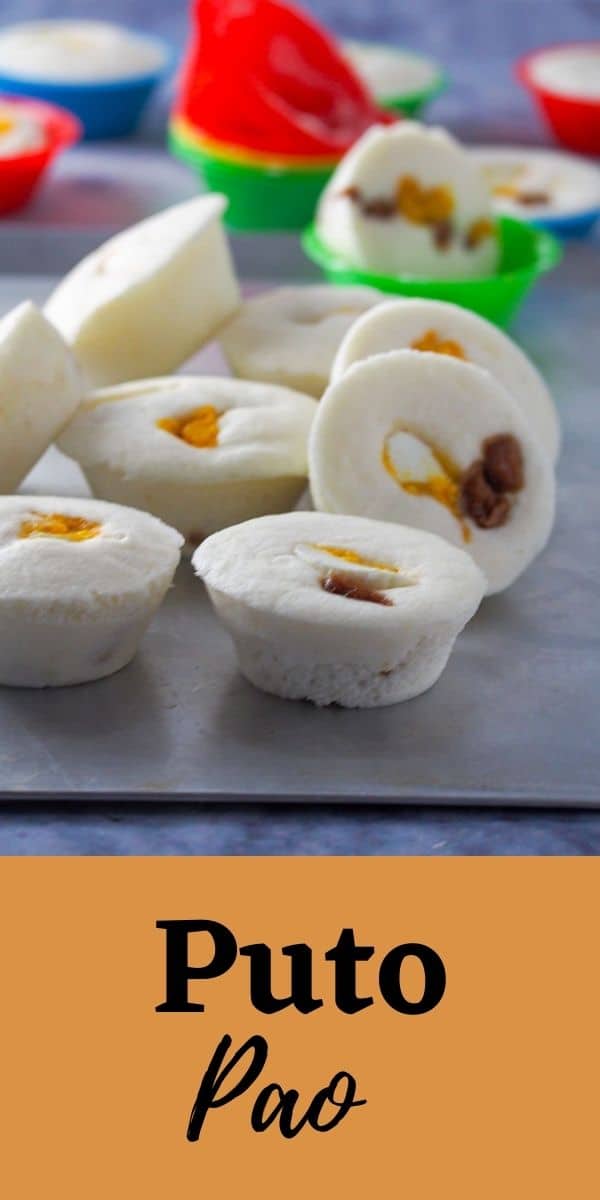 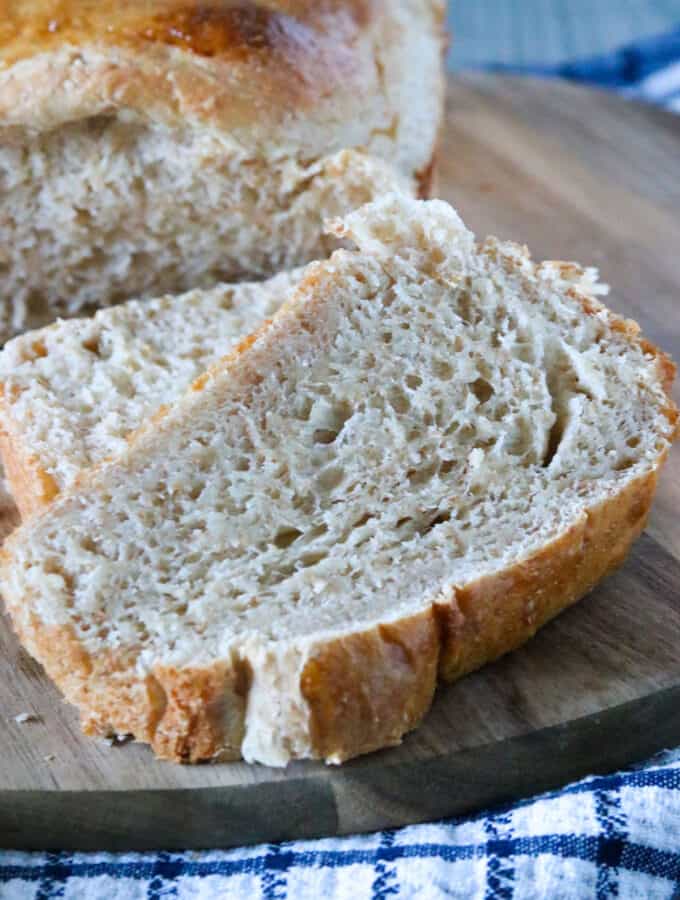