Canada day yesterday was rainy and gloomy and It could have dampen anyone’s spirit. It could have dampened our spirits too because we were firm in the morning that we are not going out for the day because there is not any hint of summer out there.
But we did go out anyways. Off to the Forks park we went, where the center of all festivities for Canada day in Winnipeg happens. 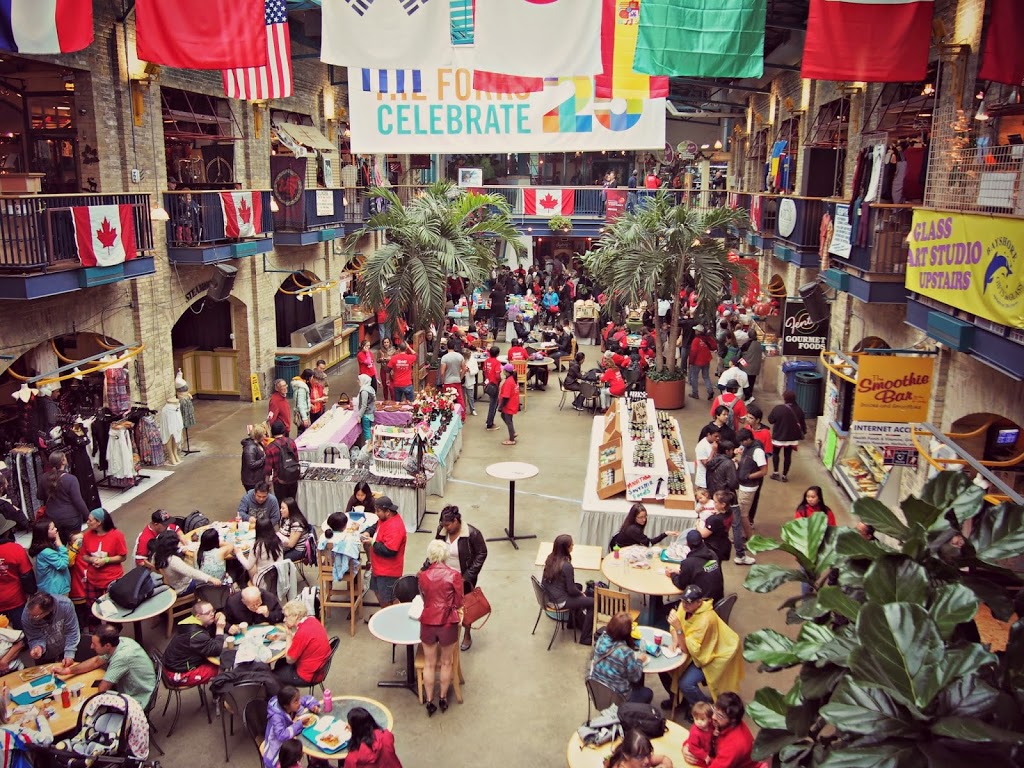 And to our surprises, the weather did not dampen anybody’s spirits after all, because the Forks Park is packed with happy people! 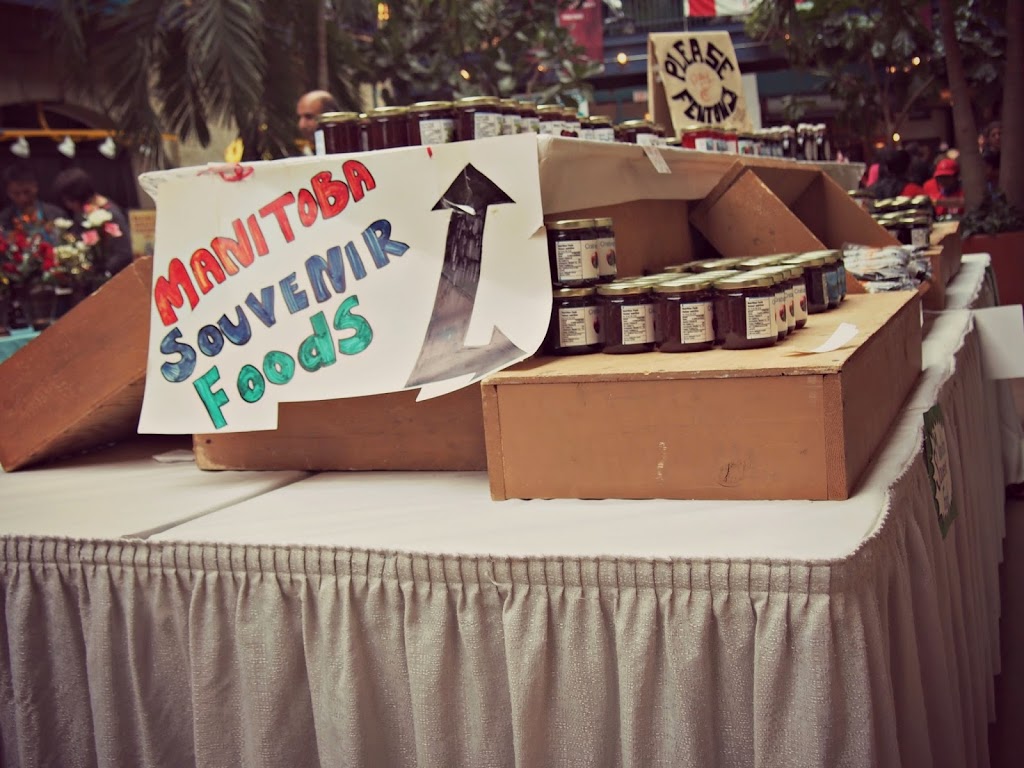 At lunch time, we had to wait for empty seats because lunchers ( yes that is a word ) were all coming in for a bite inside the forks market. So while we waited, we wandered around to see lots of Manitoba trademarks and products. 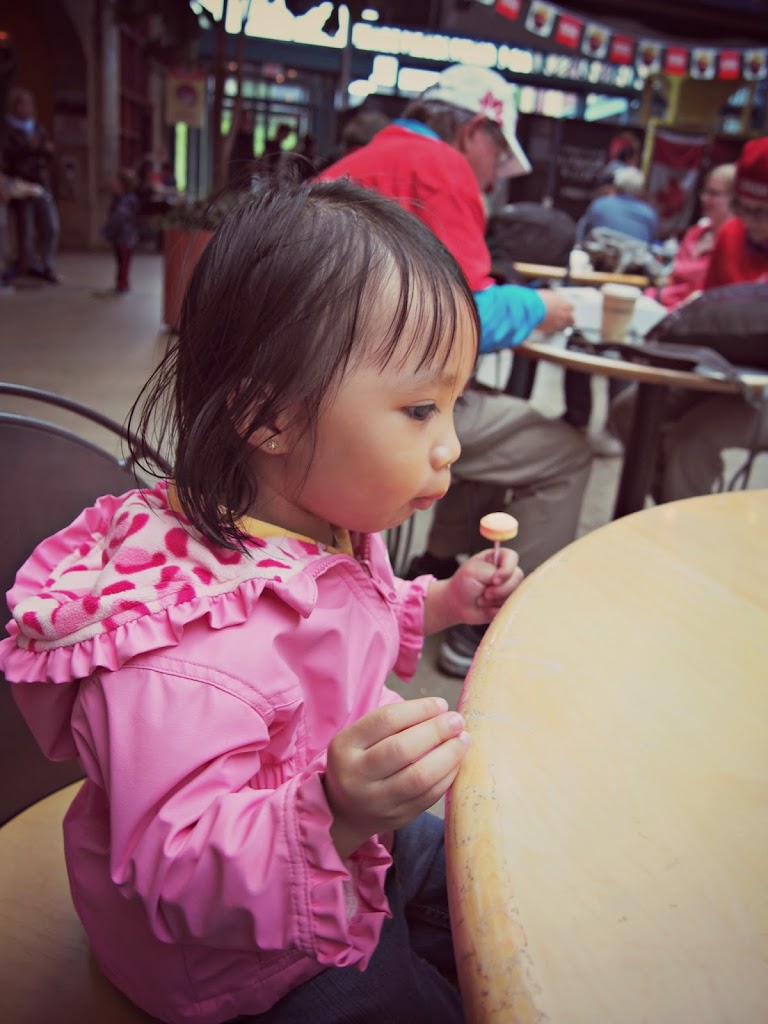 And once we were seated, I had a short moment when I realized that even though I promised myself not to give my daughter candies at age two, I can easily give in.

I did give her anyways. 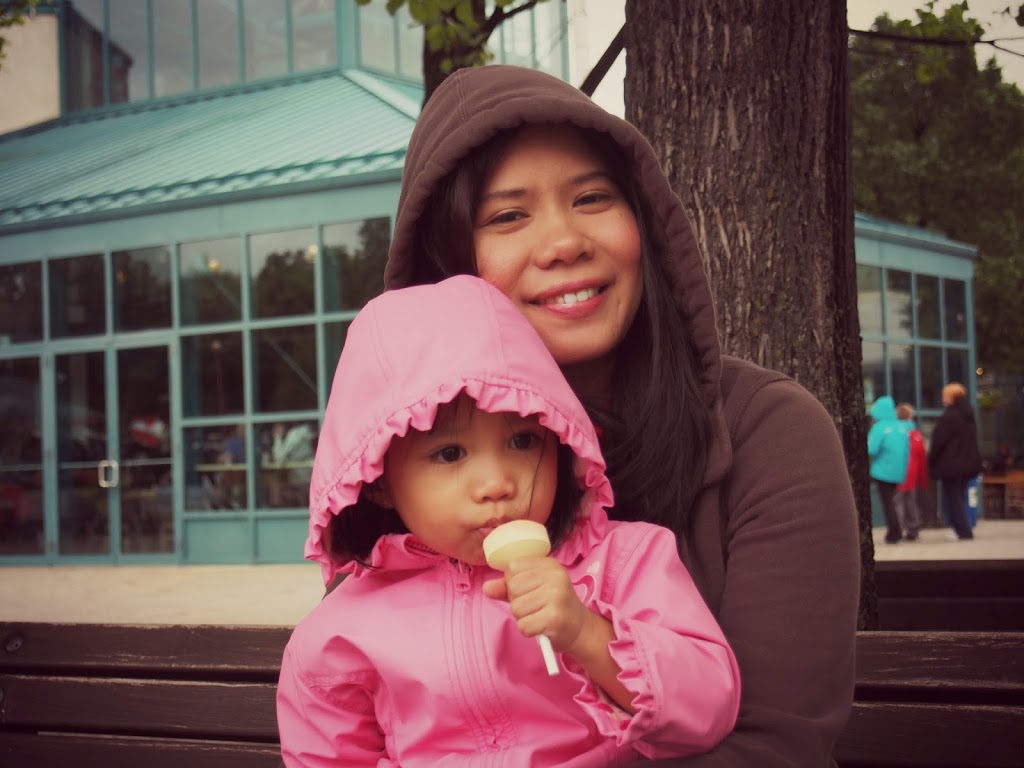 And sometimes mothers really give in again and give  them a second, bigger one! Whether the candy is a bribe to get  her to stay still for the photo or not , I am not exactly sure! Oh look, mother and daughter in hoodies. I told you it was cold!
So back to Canada day, the forks market showcases lots of proudly made Manitoba products and souvenirs in its numerous stores.
The ceiling was graced with many national flags of countries that Canada shelters. Canada is such a land of real diversity. It is so liberating to see that in this country , you walk together not only with your fellow Filipinos but with many other nationalities as well. And together you are all adjusting, learning , coping, thriving in this land with your families.
So even though the weather could really be unpredictable– like a rainy, gloomy and cold day during the peak of summer months, Canada is such a beautiful country to love.
You just have to accept the extreme cold and lots of snow during Winter time. That  one is totally predictable. wink*
But despite the cold, I have seen in my 8 years of stay that this cold land shelters people with warm hearts.
Thank you , Canada! 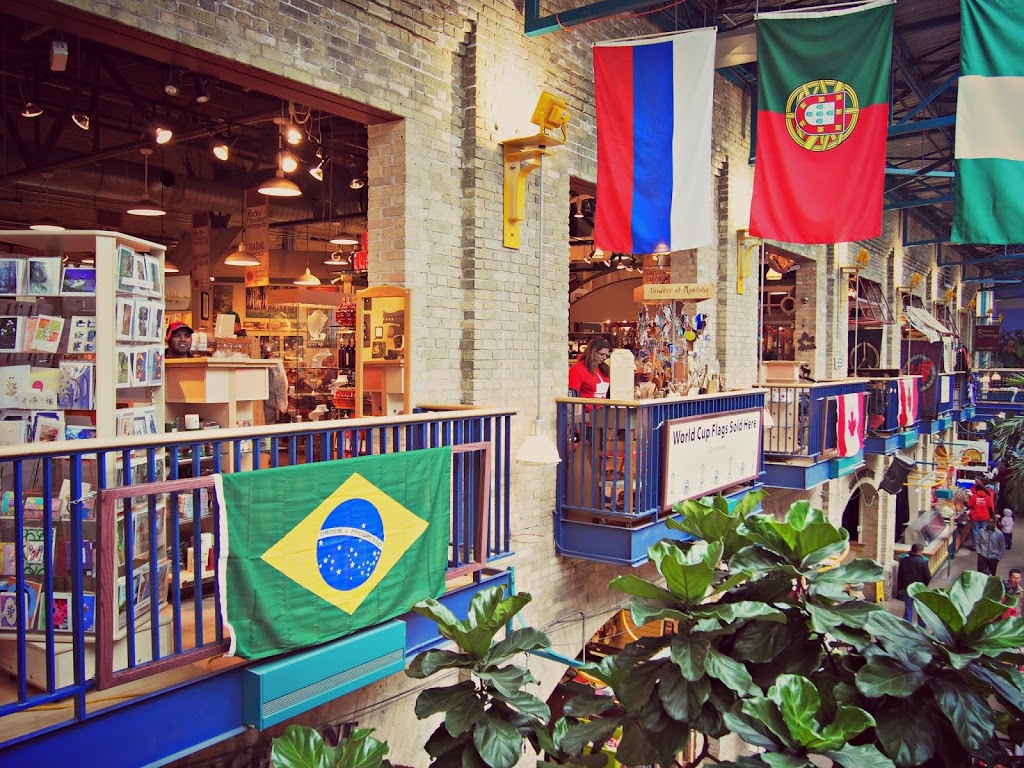 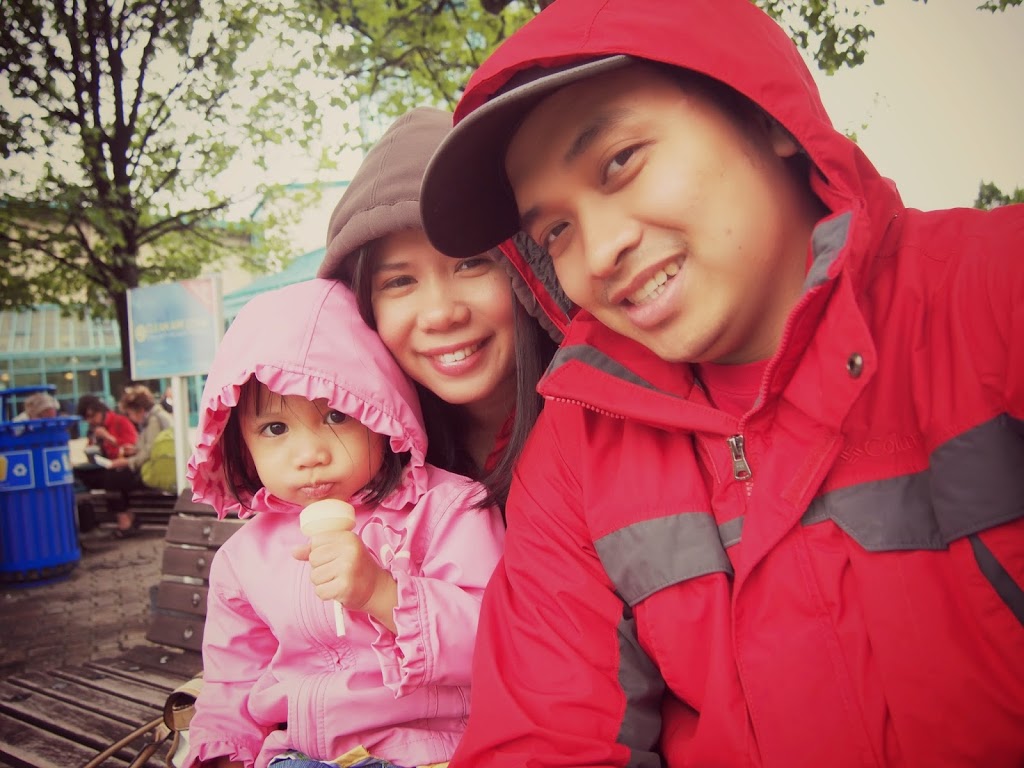